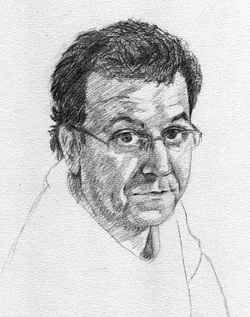 Born in Hong Kong, I grew up in New Zealand, and since 1981 have been traveling, studying, and working in Europe. Cutting a long story short, since August 2011 I have been professor of  philosophy at Roskilde University (RUC) in Denmark.

My research centers on logic and its applications in cognitive science, computer science, and philosophy. But I am particularly interested in applications that have something to do with natural language (that is, ordinary human languages, such as Danish, Chinese or Maori) and in logics that take their inspiration from this source
(particularly the modal-hybrid-temporal-description family of logics).  In this  area I've been heavily influenced  by Arthur Prior, Richard Montague, Hans Kamp and Johan van Benthem.


I am currently working on indexicality, two-dimensionality, and higher-order reasoning, and am starting to play with philosophy of mathematics and computation. I am also interested in logical approaches to natural language syntax (for example, model-theoretic syntax and categorial grammar), epistemology (particularly social, formal and virtue) and philosophy of mind. My favourite philosophers are David Hume and  Ludwig Wittgenstein, though I suspect Søren Kierkegaard may join this list, an unanticipated outcome of my move to Denmark.

Here's a short version of my Curriculum Vitae and here's my Directory of Logicians entry.
You can still see the moon
Though it's the middle of the morning.
You can smell the clay.
Like I said, you can count yourself lucky ---
Not many people know this way.
The Muttonbirds.

Nothing you write is ever as bad as you fear or as good as you hope.   Bertrand Russell.

Good prose is like a window pane   George Orwell.

My leaves have drifted from me. All. But one still clings. I'll bear it on me. To remind me of. Lff! So soft this morning, ours. Yes. Carry me along, taddy, like you done through the toy fair!   James Joyce.

``I'm a metalogician'', Bron said. ``I define and redefine the relation between P and Not-P five hours a day, four days a week.''   From Trouble on Triton, by Samuel Delany, 1976.

And, hanging over it all, the brooding specter of Rudolf Carnap and Hans Reichenbach, the Vienna Circle of Philosophy and the rise of symbolic logic. A muddy world, in which he did not care to involve himself.   From Galactic Pot-Healer, by Philip K. Dick, 1969.

It was the same with Geometry. I could never understand this proving business. Why not measure a thing and see if it fits, and if it fits then obviously it's the same. If it doesn't fit then it's not the same. Why this proving things? Congruent triangles and so on - and cyclic quadrilaterals? Measure them and then you'll see.   From Seventeen Come Sunday, by James Garford, 1961.

Dell had the feeling that he'd go on forever, which is a great feeling really, especially after you've watched your cousin commit suicide with a Marlboro. From Knockemstiff by Donald Ray Pollock, 2008.

But what a fool believes, he sees -
No wise man has the power
To reason away The Doobie Brothers

It says here one of these giant redwood trees can provide enough sawdust to cover an entire days worth of vomit at Disneyland!   The Simpsons.

I'm with you in Rockland
where we wake up electrified out of the coma
by our own souls' airplanes roaring over the
roof they've come to drop angelic bombs the
hospital illuminates itself imaginary walls collapse
From Howl by Allen Ginsburg, 1955

I am here now.  David Kaplan.

The happiness of being envied is glamour. John Berger.

We cannot form to ourselves a just idea of the taste of a pineapple, without having actually tasted it. David Hume.

If one studies the culture of the European oil painting as a whole, and if one leaves aside its own claims for itself, its model is not so much a framed window open on to the world, as a safe let into the wall, a safe in which the visible has been deposited. John Berger.

Even without the benefit of philosophical reflection, anyone who has spent some time in an enclosed space withan excited bat knows what it is to encounter a fundamentally alien form of life. Thomas Nagel.

There are 10 kinds of people in life: those who understand binary notation, and those who don't. Anon.

What the State wanted, and what it could increasingly secure from scientifically trained practitioners, was not natural philosophy but instrumental expertise, not knowledge, but knowledge power, not Truth but competence in predicting and controlling. Steven Shapin.

The market can stay irrational longer than you can stay solvent. Andrei Shleifer and Robert Vishny

Greatness has given way to charm everywhere. Hannah Arendt

Order and discipline have collapsed when we eat a Big Mac. Albert Borgmann

It is forbidden to dream again
We maim our joys or hide them
Horses are made of chromium steel
And little fat men shall ride them. George Orwell


The great enemy of clear language is insincerity. George Orwell